Making Good on Empty Promises: Media.net Hosts Discussion on Transparency and Fraud with Leaders in AdTech

Leadership Roundtable for Ad Industry Insights into the Next Wave of Programmatic. 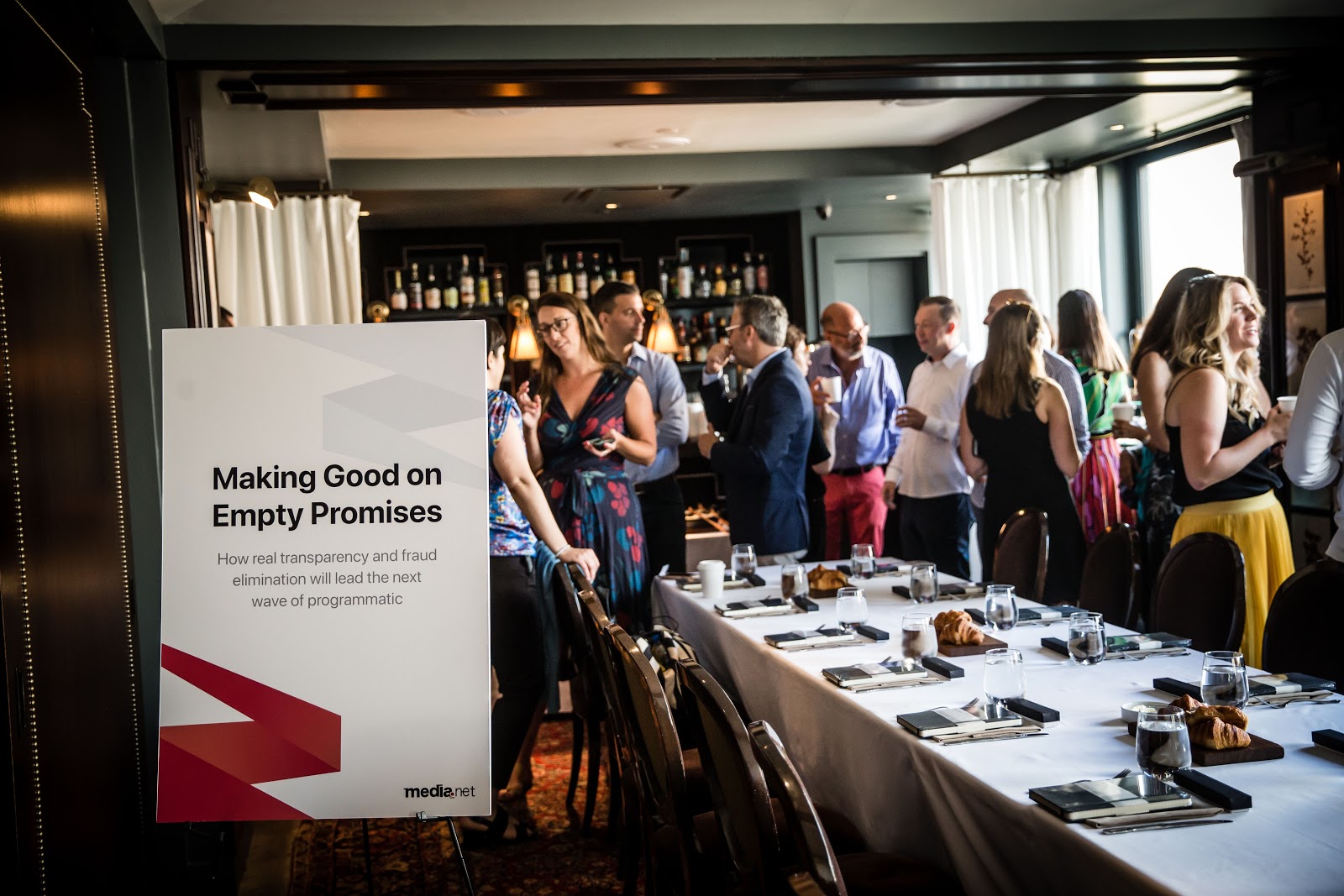 New York - July 17, 2019— Media.Net, a contextual advertising company emerging as a leader in programmatic, held a leadership breakfast at the Nomad Hotel on July 17, 2019.

One of the morning's biggest takeaways was the unanimous agreement of the rise of contextual in a privacy-focused future. All agreed in its expected reemergence, and even suggested that 2020 will be "the year of contextual". Contextual targeting allows for precision targeting advertising in a cookieless or "cookie independent" environment, allowing flexibility in revenue tactics for publishers and advertisers.

The panel's other discussions ranged from the intricacies of the adtech ecosystem to debating why the industry puts so much focus on "doom and gloom" type forecasts. 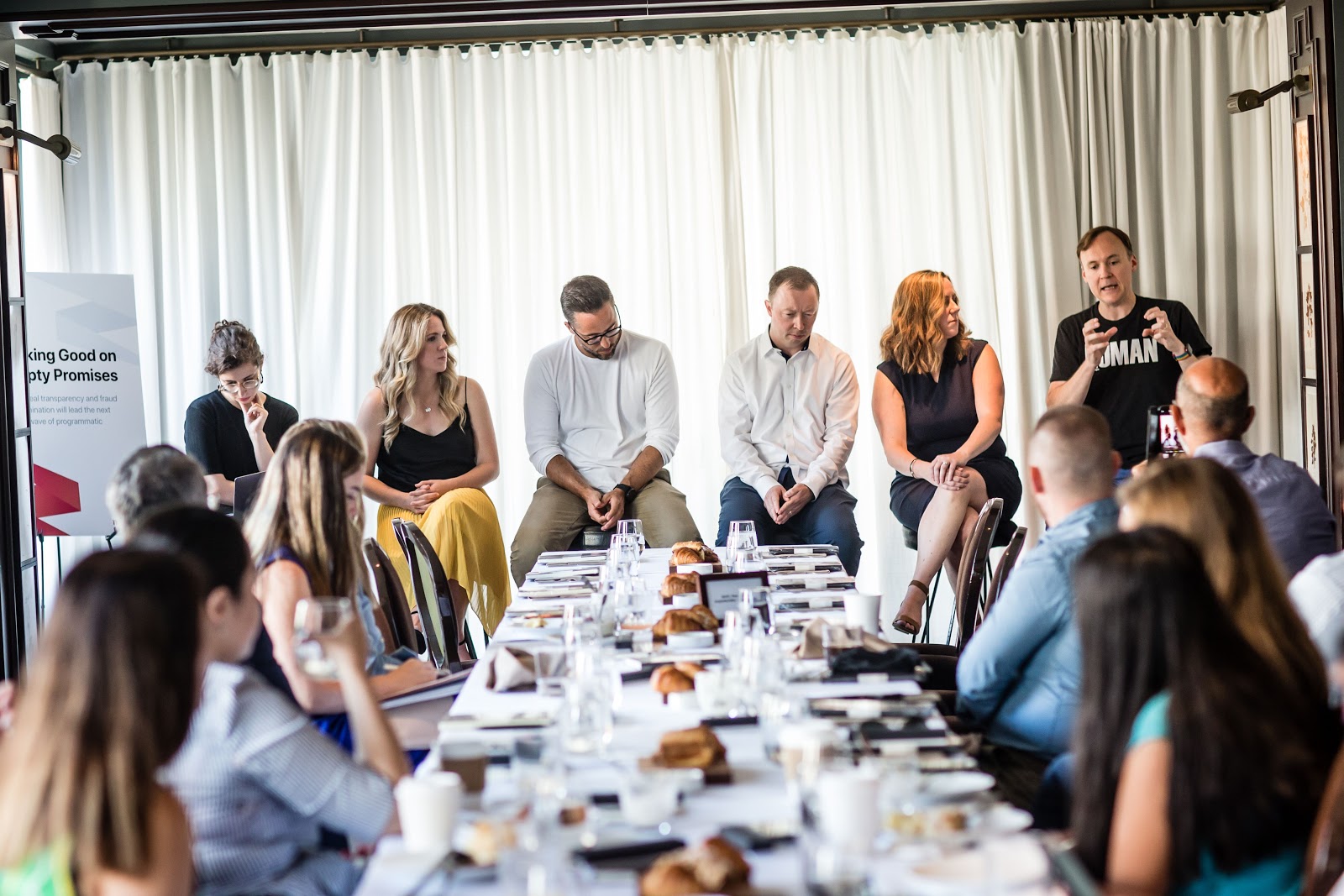 But as Doug Lauretano of Media.net stated, "Technologists are always trying to fix things". With this panel of technologists, the majority of the discussion was centered on finding real solutions to some of the industry's greatest challenges.

The consensus was that "adtech is an ecosystem that needs all its players to be abiding by the same rules in order for it to be truly effective and harmonious."However, when it comes to new initiatives and standards brought by the IAB and others, slow adoption is often caused by a fear of financial repercussions.

Panelists agreed that financial transparency should be the industry standard. Luckily, events like these, bring everyone in the industry closer together which makes open lines of communication more possible now than ever. As for addressing the looming industry fear of being 'cut out' by some of these impending standards, "no one who adds real value should worry". 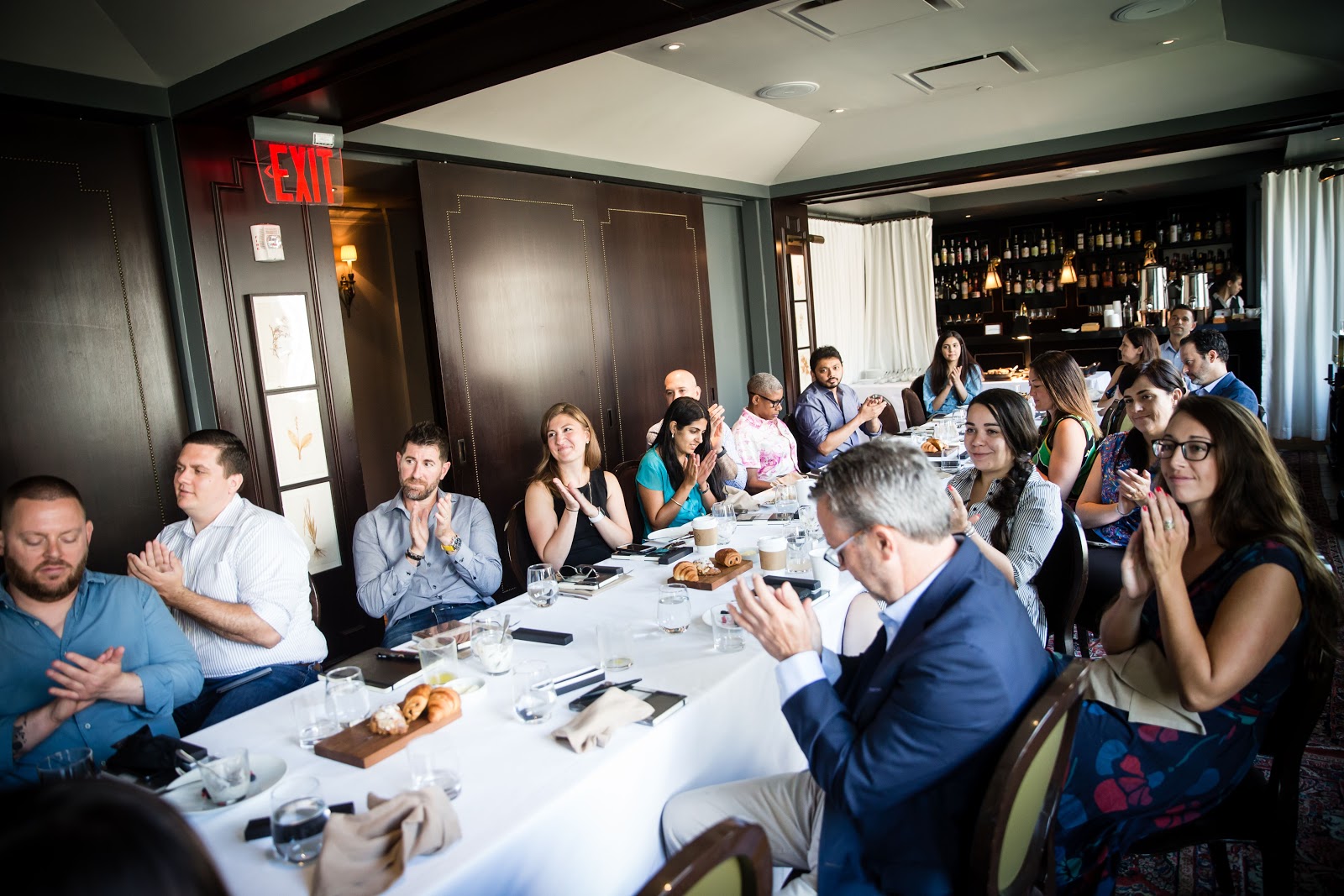 Overall, transparency will come from more open communication. This is where the flexible suite of ad targeting solutions Media.net offers, along with partners like Amino Payments and WhiteOps, can play a pivotal role in the ecosystem. And with more education around the workings of new adtech, future initiatives can be strategically adopted by agencies and partners with confidence that it will perform as it was promised.

The event had an amazing turnout, and will be the first of many of it's kind to be hosted by Media.net.

"Context is going to be the big buzzword for 2020"

"Trust is important. But the race to the bottom keeps us apart. If publishers cut down to fewer pipes I would trust what you're doing."

"With a federated ID, I should be able to show up at a web page and get the advertising I want and need."

"Funding the Internet is IDing a person. That's not going away. A user's state of mind has always been important in advertising (TV & print) but in digital it's been pushed to the side. Contextual is a way we should be thinking."

"There's a lot of innovation happening in the ecosystem. But there are wolves at the door trying to figure out a way in..."

"We all need to find the right solution together. Transparency needs to be the same across clients and platforms."

"In funding the free internet buyers and sellers have been pitted against one another they're afraid they're going to get cut out."

"Should advertising be interruptive? This is being debated as the conversation turns to funding free content"

"Any definition of transparency that does not include financial disclosure will inevitably allow bad actors to exploit loopholes and workarounds."

"The ad experience is getting worse with OTT and CTV. Ads are following people around even as they've already made a purchase."

"On the sell-side publishers are afraid to lose yield and cut partners. But slowly a/b testing and innovating."

"With transparency, we can eliminate certain types of fraud and we can turn tech tax into investment."

"Is it the demand platforms or the publishers or is it a shared responsibility? We're talking about #adfraud solutions being implemented in the right way. Publishers don't want to lose out on revenue."

"Buyers don't want to keep coming back to clients with different solutions to transparency each time the flavor of the month drops. A lot of solutions haven't been what they'd said they'd be."

"Can we make the open internet good at routing messages well without destroying the anonymity? The awesome internet is intergenerational."